Testicles roast on the burner used to heat the branding irons. So called Rocky Mountain Oysters are used to sustain a working cowboy through the long process of branding and castrating calves.

In late May, the calves are branded and vaccinated on Bill Fales' ranch. Fales, owner of Cold Mountain Ranch in Carbondale, Colorado, has been ranching his sliver of land in the Roaring Fork Valley since 1973.

Development, oil and gas extraction, and mechanized recreation all threaten the valley--and his livelihood. Not surprisingly, Fales is a proponent of conservation, having placed his property in a land trust in perpetuity. He is also in favor of the expansion of wilderness designation within his and adjoining counties.

Ranching in Colorado would, arguably, not exist without the use of public lands. Fales' ranch is no different. In order to give his animals the space they need in the summer--and the pasture grasses on his ranch property the time they need to grow high in order to feed his cattle come winter--he must graze on public land. That means securing grazing permits on BLM and U.S. Forest Service land. But it does not preclude the use of wilderness lands either.

Unknown to much of the public, wilderness areas can serve as grazing lands under the Wilderness Act of 1964. In fact, Fales grazes on Maroon Bells-Snowmass Wilderness area; another permit area is being considered for wilderness designation. His permit would remain if the new designation came to fruition, being "grandfathered" in by that original Wilderness Act. 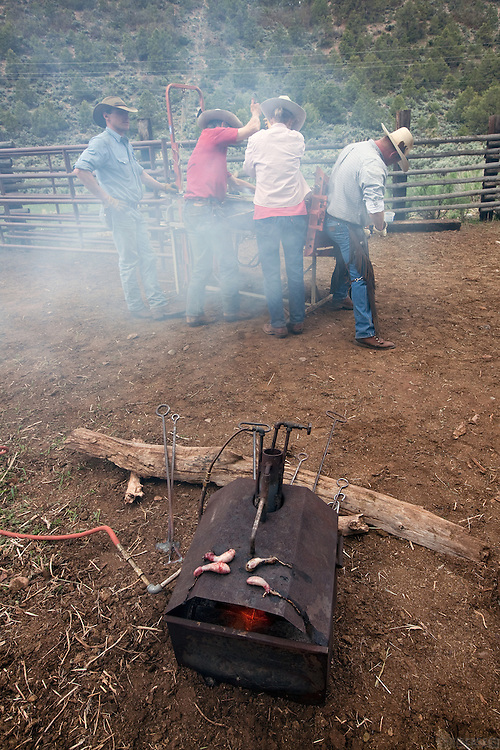