The cryptoporticus of Arles was built during the first century BC as a foundation for the forum at the center of the Roman town. The forum has been replaced by two modern buildings: the Chapel of the Jesuit College and the City Hall. The cryptoporticus consists of three parallel tunnels arranged in a 'U' shape, which are supported by fifty pillars. Stonemasons' marks at the site suggest it was probably the work of Greeks living in Marseille at the time. 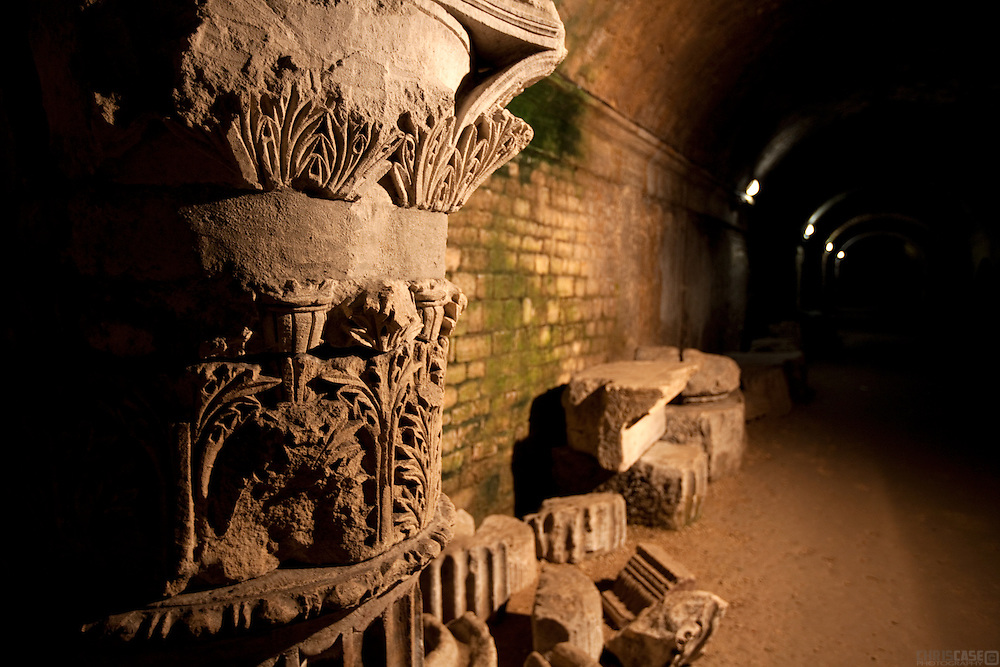